Flipping the Script on VO Bias 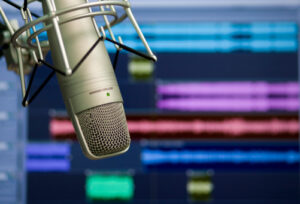 As humans, we’re wired to make assumptions about others– what they wear, how they talk, even who they are connected to, all plays a role in who we think they are. Part of the picture we paint about another person may include what they do for a living. For instance, a doctor, a construction worker, and an athlete all come with pretty strong generalizations that may lead you to draw conclusions about that individual’s personality, values, and intelligence.

These generalizations have landed me on the receiving end of implicit bias (the modern day term for stereotyping) on occasion. As a reporter, people often thought that I was smarter than I am (it’s our secret). But, really, the general public, the subjects we interview, even experts in their field, assume that because we might cover the upcoming election one day, climate change science the next, and a possible cure for cancer the following, we must have a vast wealth of knowledge.

After all, we do report with conviction, and in a voice that is confident, authoritative, and believable. We do know about the subjects, we know a little bit about a whole lot of things. We are experts at sharing other’s expertise.

This is where I imagine that being an expert in any field must feel good. What must it be like to know the nuts and bolts, the littlest details of your chosen field? Certainly an expert would thrive at a cocktail party, having the confidence to answer any question about their field, while perhaps a reporter would not– but our ability to shift conversations would come in handy.

As a voiceover artist, I find the bias swings in the opposite direction. More often than not, people assume voiceover actors have it easy– we simply read words from a script, right? The assumption is that we don’t really know what the scripts mean and that we certainly couldn’t carry a conversation about the topic.

While the nuances of some reads go beyond my scope of knowledge, like the 17-part eLearning series on energy efficiency standards with names I struggled to pronounce– for the most part, the copy we read is a wonderful educational tool for us as voiceover professionals. The listener, after all, is listening because they want to learn. As the narrator of that lesson, we are the first listeners and also the first to learn. It’s one of the coolest parts of the job.

Although implicit bias is a human trait that is ingrained in all of us, we can learn to look beyond it. And when you do, you might find some interesting new truths. I can tell you how to rewire your brain’s bias…just let me pull out that old script.